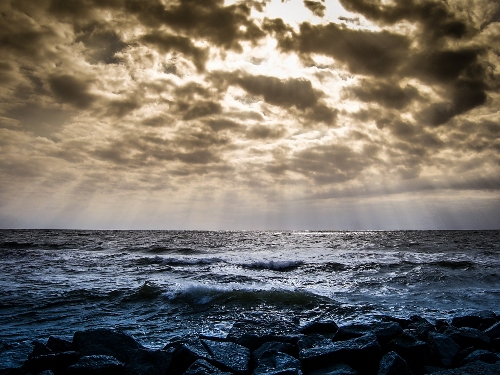 Sea water desalination is booming. Resistant valves are more in demand than ever before. 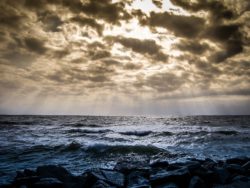 And John F. Kennedy, the former president of the USA, proved right in the end. Today, sea water desalination has become a standard method of producing drinking water. As demand for water rises and the world is struggling more and more with water scarcity, desalination is booming. Valve manufacturers are doing their part to improve the situation. No long showers and less nice lawn in the front garden – this certainly doesn’t sound like the Californian dream. It nonetheless became a hard reality for people in the USA’s most populous federal state. Policy was promoted to ask Californians to lower their water consumption. A severe, four-year drought had led to water becoming scarce, consumption had to be lowered by a quarter in 2016 over 2013.

Drought became an emergency
Rainfalls in 2016 did indeed bring the barren spell lasting several years to an end. However, things won’t continue the way they did before the drought became an emergency. California’s governor Jerry Brown warned of droughts yet to come. As aridity continues to increase, the future drinking water supply in the USA‘s southern coastal states remain under threat.

A need for action thus remains: “Due to rising population numbers and sinking fresh water resources, demand for new technologies is rising in the region,” explains Germany Trade & Invest (GTAI), the economic development agency of the Federal Republic of Germany. Desalination plants for the production of drinking water are seen as an important part of solving the problem, especially in Florida, California and Texas. There is no question about it, the option is in demand.

Desalination in California
California seized the initiative and invested one billion US dollars in the huge Carlsbad Desalination Project (CDP) in San Diego. Its production capacity amounts to up to 200 million liters of drinking water per day, around seven percent of the region’s daily drinking water needs. A further plant is being constructed close to San Francisco, just one of many more to come. Starting in 2020, the plant will produce 75,000 cubic meters of drinking water. Countless valves are installed in the plants, as well as in the power plants needed to drive them. These valves must withstand the most adverse conditions, and media.

There is tremendous opportunity for valve manufacturers. The American Society of Civil Engineers (ASCE) anticipates massive investments in the water infrastructure in the next two decades in the USA, around one trillion US Dollars are to be invested. One of several priorities is sea water desalination and the associated water transport. Experts believe action is required, as water consumption in 2030 will be around 15 percent higher than in 2015.

Gulf states thirsting for water
California is the USA’s most dynamic market for desalination plants, but it is just one of many around the globe for valve manufacturers. New plants are booming especially in the Middle East. Valve manufacturer “Armaturenfabrik Franz Schneider” stayed abreast of demand and founded a subsidiary in Dubai several years ago, AS-Schneider Middle East FZE.

The member states of the Gulf Cooperation Council are under increasing pressure to act. Around 140 billion US dollars are to be invested by 2020, to meet growing demand for electricity and desalinated sea water. Industrial valves, that are mostly made from special materials, are installed in the plants. AS-Schneider is able to serve the large part of all processes with its products.

Singapore, too, is betting on sea water desalination plants. Up until the 1990s, the state imported its water nearly entirely from other countries, most of it from its neighbor Malaysia, using pipelines. Singapore plans to considerably reduce its dependency by the time the bilateral agreements run out in 2061.

Gemü supplied more than 760 valves with nominal diameters ranging from DN 15 to 1.400. Additional valves were also sourced from partner companies, providing the customer with a package solution. “The customer could therefore be offered everything from one source,” the company emphasised.

In the sea water inlet, in the filtration/floatation and in the supply – tanks and pump stations – valves made from various disc materials are used, namely 1.4408, bronze or ECTFE coated. Nominal sizes range from DN 65 to 1400, whereas the operating pressure is between 2.5 and 18 bar, depending on the process section. “Pneumatic and electric motor solutions as well as manual operators with hand levers and gears” are used as actuators, reports Gemü.

Valves made from special materials
In water pre-treatment and post-treatment, FeCl3, H2SO4, HCl, NaOH is dosed using highly chemically resistant diaphragm valves made of PVC or PVDF. Here, nominal sizes range between DN 15 and 40, whereas the operating pressure is approx. 3 to 5 bar. Float flow meters were also installed, with a nominal size of DN 20 to 40. Gemü: “Chemical dosing is fully automatic so the valves are usually controlled pneumatically”.

Special materials, such as Super Duplex A890, were used for the high pressure and non-return valves on the pump stations in front of the osmosis modules. As Gemü explains, they are actuated pneumatically and equipped with intelligent positioners. In a pump’s start-up phase, the differential pressure can be up to 59 bar. The operating pressure normally lies between 5 and 84 bar, and DN 300 is the nominal diameter for all the valves used here.

Durable butterfly valves
The sea water desalination plant in Singapore is part of a large-scale project, with an investment volume of two billion US dollars. TPU, a subsidiary of Tuas Power, operates the Tembusu Multi-Utilities Complex (TMUC) on the island Jurong. TMUC supplies industry customers with steam and power. This integrated approach is designed to increase efficiency and lower consumption of resources.  Upon completion in 2017, TMUC will produce 160 MW electricity, 900 tons of steam pro hour and approximately 20 million gallons of water per day.

Gemü and all other manufacturers in the valve sector are aware not only of the opportunity sea water desalination offers, but also of the challenges it poses. “In the desalination market, the ever-increasing complexity of processes demands for butterfly valves to be extremely reliable and durable,” reports Wouter Witzel. The valve manufacturer sets value on a robust, maintenance free design, a vulcanized liner concept and a wide range of selected or specified materials for its butterfly valves.

Preventing backflow
Wouter Witsel further developed its Eurocheck type check valve. It is used to prevent backflows in pipework systems, and in sea water desalination. It is a self-acting pivoting check valve of the double disc wafer type. “The design is compact, therefore saving space and very light”. The manufacturers valve range is completed by various actuators.

Wouter Witsel has already received a major order for a water desalination plant in the United Arab Emirates. The company supplied more than 400 fully vulcanised butterfly valves, including manual, pneumatic and electric actuators.

High investments in Australia
Water has also become scarce in Australia. The situation is made worse by major population growth, industrial development, increasing pollution and contamination of available resources and global warming. Australia is therefore investing billions in desalination. One of the largest projects is the Wonthaggi Desalination Plant near Melbourne, with a daily production of 440,000 cubic meters of water. A milestone was achieved this year: the first water from the Wonthaggi desalination plant flowed into the Cardinia reservoir, securing the water supply in the southeastern state of Victoria. The project offers numerous advantages, reaching far beyond Melbourne and Victoria.

Valves made by Ebro are being used in the Wonthaggi desalination plant. The company supplied 1830 manual and electrically or pneumatically actuated shut-off valves, varying from resilient‐seated EPDM and PTFE lug‐ type butterfly valves to double‐flanged butterfly valves, with nominal sizes between DN 50 and DN 2200. “All valves are made from AISI 316‐stainless steel interior parts and have a special body coating suitable to resist the aggressive climate conditions,” explains Ebro.
800 million people are suffering

The valves Ebro supplied will shut‐off and control the medium from the seawater   pumping station, to the distribution and storage of drinking water. All valves are actuated using either a manual wormgear, or electric and pneumatic actuators. The pneumatic actuators have a tufram coating to make them corrosion-proof, and are also equipped with an emergency handwheel.

No seawater desalination plant operates without automation. Festo supplied a plant in Chennai, India, with plant automation solutions. This shows water scarcity is not alone limited to certain regions of the USA, the Arab countries, Australia and some parts of Spain. It is a major problem around the world, made worse by climate change. The United Nations estimate around 800 million people do not have sufficient access to drinking water. In other words, more than eleven percent of the global population are cut off from the supply of drinking water.

Number of plants to multiply
All of this despite the fact a huge amount of water is readily available. However, 97,5 percent is saltwater. Making use of the oceans is therefore logical. The trend is making itself felt. As the organisation “Global Water Intelligence” states, the percentage of the global population that will depend on desalinated water will grow from the single-digit percentage range to 25 percent by the year 2025.

The number of sea water desalination plants in use around the world will multiply. Reverse osmosis has established itself as one of the common methods. Here, seawater is pumped under high pressure through a semipermeable membrane, trapping and removing salts, bacteria, viruses chalk and toxic substances, such as heavy metals. What remains is potable water.

A dream becomes reality
Already in 1961, president John F. Kennedy was enthusiastic about desalination during the opening ceremony of a desalination plant, speaking of one of mankind’s oldest dreams: turning seawater into drinking water. Back then, the president of the USA, envisaged drinking water could be cheaply produced from seawater by the end of the 1960s. Alas, the high costs didn’t come down, putting a brake on the rise of this form of drinking water production. In the end, however, Kennedy proved right. Today, the widespread use of seawater desalination has become a reality.

Innovations on valves and valve related products will be presented at Valve World Expo Düsseldorf from November, 27 – 29, 2018 at Düsseldorf Fairgrounds.

When it burns, it quickly becomes dangerous. The A+A and its partners WFVD (Werkfeuerwehrverband Deutschland) present in exciting live shows how fire fighting works today!