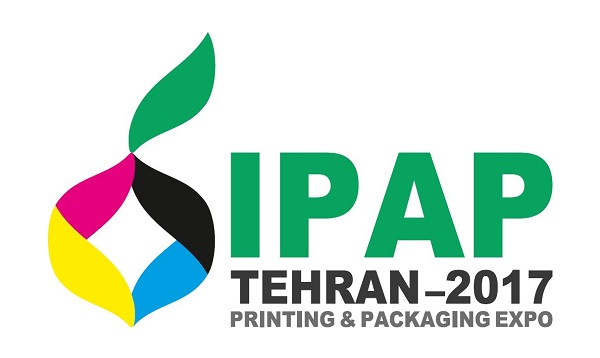 Messe Düsseldorf, the successful organiser of leading international trade fairs for the printing and packaging industries, extends its portfolio to include a promising event in the Middle East: IPAP Tehran powered by drupa will be held for the first time from 12 to 15 October 2017 at Iran’s most modern exhibition centre: Shahr-e-Aftab (Exhibiran International). Staged in cooperation with the Iranian organiser BRP, the trade fair targets all suppliers along the entire value chain for printing technologies from the segments of Prepress/Print, Premedia/Multichannel, Postpress, Converting and Packaging, Materials, Equipment, Services, Infrastructure. Other trade fairs held concurrently are pacprocess Tehran and iFood Expo.

Iran has been an extremely attractive market since the international sanctions were eased in early 2016 because its economy faces backlog demand in every area. An emerging region with some 80 million inhabitants – experts expect 12% economic growth by late 2017 alone, projects with foreign investment worth a 3-digit billion amount are in the pipeline. Its population of eager consumers increasingly demand high-quality print and packaging products, which cannot be manufactured in a competitive quality with the existing, often obsolete technology used by local companies. Even though the local printing industry is quite well developed by comparison with many other markets in the Near and Middle East, it has now come under high pressure to invest. This opens up huge opportunities especially for European suppliers because their products have traditionally been highly appreciated in Iran. Of outstanding importance in this context are packaging and offset printing presses as well as developments in digital print applications because these machines have to be imported as a matter of principle.

“Counting over 32,000 offset print shops, to the tune of 50,000 digital print service providers and some 65,000 other upstream suppliers to the printing industry the Iranian market holds attractive potential for further business development. IPAP – Iran’s Printing and Packaging Industry Exhibition is a well-established trade fair already, which until now was held in Mashhad, the country’s second largest city, located approximately 850 kilometers east of Tehran. Moving to Tehran and cooperating with drupa – the no.1 for printing technologies opens up new opportunities for growth and greater international reach. With our expertise we accompany interested companies on their way into an emerging region,” says Sabine Geldermann, Global Head of Print Technologies at Messe Düsseldorf.

Shahr-e-Aftab (Exhibiran International) is Iran’s latest and biggest exhibition centre. Favourably located between Tehran City and the international airport with access to several motorways and also with connections to public transport, it fuses a capacity of 120,000 square metres in 16 exhibition halls with the latest technical equipment with traditional Persian landscaping as well as comprehensive services such as food service, hotels, banks and multi-storey car parks. The central location also allows visitors from such neighbouring states as Iraq, Afghanistan, Turkmenistan and Tajikistan, which have traditionally maintained close commercial ties with Iran, to visit the exhibition centre. This fact, of course, also benefits the exhibitors at IPAP Tehran for whom business opportunities also open up in those countries.

Messe Düsseldorf has acquired its international competency in the printing and packaging industries especially by organising its two No. 1 trade fairs drupa and interpack. Besides drupa, it organises both its own trade fairs and, in cooperation with its subsidiaries, outstanding regional fairs for the print and media industry such as All in Print in Shanghai, Pack Print International in Bangkok, printpack alger in Algiers and indoprint in Jakarta, to name but a few.

For further information on IPAP Tehran and contact details of the team go to www.drupa-global.com .

For further information go to www.drupa.de and the following social networks: