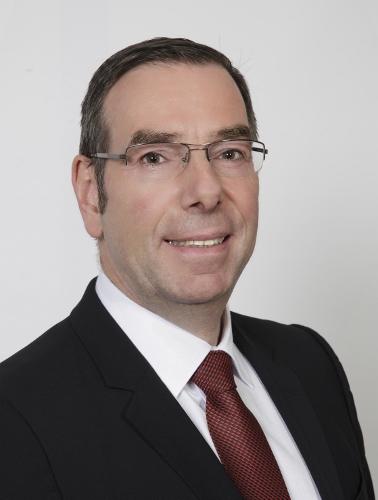 Since 2010 the Biennial Valve World Conference & Exhibition has been held at the Düsseldorf Exhibition Centre.

What does the fourth Düsseldorf Exhibition for Industrial Valves 2016 have in store?

Fittings or valves are indispensable for all technical automation processes and key components in nearly all sectors of industry. So this is a sector with strong growth potential for the future. This is also confirmed by our growing exhibitor and visitor numbers as well as the rising square metre figures for the forthcoming Valve World Expo. Since its Düsseldorf debut in 2010 the Valve World Expo has seen constant growth. In 2016 we expect 717 exhibitors from 40 countries to occupy about 20,000 square metres of space.

The Valve World Expo also grew in terms of visitor attendance between the edition 2010 and the latest event in 2014. In 2010 the event attracted just under 10,000 trade visitors while two years ago as many as 12,500 visitors travelled to Düsseldorf from 90 countries.

In 2014 70% of our trade fair guests were international – most of them came from the Netherlands, Italy, Great Britain, France, Belgium and Spain but there were also trade visitors travelling to Düsseldorf from such far-away places as India and China.

For the Valve World Expo 2016 we primarily expect exhibitors from Germany, Italy, Spain, Great Britain, France, Turkey, the Netherlands and from overseas: from the USA, India, Taiwan and China. Exhibitors will come from 40 countries in total.

The accompanying Conference 2016 will again take place in Hall 4, why?

In 2016 the Conference will again be held and organised by KCI. The in-depth discussion of current manufacturing methods, innovative technologies and face-to-face exchange are the success formula and mainstays of the Conference that is deliberately placed amidst the “heat of the action” in Hall 4. With this location we create an information and communication platform in the middle of the exhibition activities – so again everything is within easy reach and theory and practice are dovetailed.

What makes the Topic of Industrial Valves so special?

No industrial automation process works without a fitting, valve or a non-return valve. This is why valves are indispensable in their capacity as control elements of machines. As varied as the applications of valves is so too the product portfolio of the Valve World Expo 2016.

In three exhibition halls and on some 20,000 square metres valves for use in measurement and control technology, in the oil and gas sectors, in the energy sector as well as in mechanical engineering and in industry will be on display.

The Valve World Expo 2016 targets trade visitors from the valve trade, valve manufacturers, engineers, developers, and producers of control and inspection software as well as valve users from automotive engineering, mining, the chemical industry, energy generation and users from the areas of oil, gas and offshore.

Are there International Satellites of the Valve World Expo?

Overlapping with the first two days of the Valve World Expo (29 and 30 November 2016) is the Pump Summit, the Exhibition and Conference as a networking event for pump experts in Hall 7.0.

As a separate expert forum this will allow manufacturers, suppliers, dealers and end users of pumps, compressors and seals to present technologies and systems for a wide variety of applications.

By hosting this event we have fulfilled the wish of the sector to present pump technology in close connection with valve technology, i.e. in an adjacent exhibition hall. The concurrent holding of the Pump Summit with the Valve World Expo generates valuable synergies for the experts in these industries.