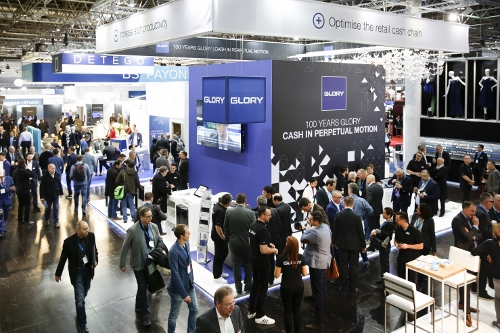 Digital POS for retailers. How can it work & who does it well?

An international comparison by John Ryan*

If it’s in a store, it can be digitised. That, or something like it, summarises much of the current thinking among a large number of retail bosses as they race to become truly ‘phygital’, seamlessly blending physical stores with online dealings.

Practically, this can mean anything from stores where you order your lunch with your phone and then have it cooked and served in the same shop or stores that actually have no stock and where the aim is to introduce the broader world of a retailer’s online offer. The point about all of it is that the assumption is made that shoppers want digital because it is an everyday part of their lives and the hub of all activities is the smartphone.

But how ‘smart’ have retailers been in catering to this perceived need and just as importantly have they been down the appropriate digital highway or have a few encountered a significant number of dead ends?

The first thing to be aware is the place of the screen in all of this. In the early 2000s, it is fair to say that there was a scramble to install touchscreens in stores with the thinking being that shoppers would reward retailers with their custom if they could use a screen to access complete ranges that might not be fully available in a store.

This proved something of a wild goose chase as it overlooked the increasing prevalence of ever-more sophisticated smartphones, capable of doing anything that an in-store screen could and considerably more besides. There was and is also the fact that a lot of people still go to physical shop because they like shopping, rather than to spend more time on a screen. Today, the touchscreen as a tool to increase stores sales is largely behind us and in its place has come the app, accessed via a mobile phone.

All of which calls into question what is meant by digital POS as it seems to be employed differently by different people and is dependent on context. Kevin Swanwick, senior director retail solutions at Manhattan Associates, comments:

“At the moment, it seems quite open ended and like a lot of emerging trends, vendors have significant influence over definitions as they try to push various store technology options.”

Swanick says that a good place to start looking at digital POS in a store is at the checkout, where “Paypal-like payment options” have been used to create faster, more convenient ways of getting out of a shop. And perhaps the most obvious instance of this at work is to be found in China, which is in the vanguard of countries as far as digital adoption is concerned. Visit a Hema supermarket, the physical grocery arm of online giant Alibaba, and you will find that being possession of a digital wallet, in the shape an Alipay account, is the starting point for any trip to the shops.

Product information, ordering, payment and even digital games can be realised through a smartphone and meanwhile your creditworthiness can be checked by the retailer while all of this is taking place. The real point, however is that this is a shop where the digital elements are in place to help with the process of shopping, rather than digital POS becoming an end in itself. If, for instance, you want to buy a lobster to be consumed in one of the store’s restaurants, this can be done by scanning an RFID code on the tank that contains the lobster and the relevant information about you and the crustacean then ensures that it arrives cooked and ready to eat when you are sat at a dining table in the store.

This is technology as an enabler, helping to make shopping better, which is the direction being taken by many of the best retailers at the moment. Digital POS is also about the way things seem. Nick Hughes, chief customer officer at Jönköping-based retail equipment and solutions company Itab Group, points to the large ordering screens that have been installed in McDonald’s branches around the world: “Their whole aim is to improve the customer journey by making people think they’re reducing their waiting time,” he says. It’s a moot point whether this is actually a reality, but using digital kiosks instead of standing in line, does appear to improve the experience even if the impression of additional speed may be just that. Hughes adds that using the online experience in a store should be a matter of matching the technology to the customer’s needs, a goal that is still frequently not reached.

This in turn means personalisation, the Holy Grail for on and offline retailers and something that digital POS is capable of offering, it’s a matter of control. Hughes says that website personalisation is a matter of “getting the customer to feel that they are making decisions”. This can be done, once again, via an app and does avoid the notion that a shopper is being spammed, instead of making choices.

But does all this mean that most retailers in most markets are ‘getting’ the digital thing and acting upon it? The answer would have to be ‘possibly’. Swanick says that if it’s startups offering new solutions for retailers, then the US has a lot to offer. He comments: “Self-checkout is emergent again but does not work everywhere. Interaction with branded consumer smartphone apps has gained traction at Walmart, for example, but the adoption rates are not as high as might be expected. It looks like there was an initial one-year surge and then a leveling off. Maybe, the adoption rate will continue to rise over time as demographics change.”

All good, but as Hughes notes: “There’s absolutely nothing new in digital that has not been tried out”, the inference being that with a myriad solutions on the market, the tipping point for retailers is getting shoppers to use anything that’s put in place in a store.

Swanick says that smartphone solution adoption is generally higher in the EU than in the US and that when it comes to payment, the US can be “quite byzantine”, probably because the various mobile networks are more consolidated in Europe.

But what about China? Here digital and all things connected to it are absolutely the norm, with shoppers using their phones in stores as a matter of course. The difference between this market and others is that personal data may not be afforded the same degree of protection as in the West. It is also the case that in common with Africa, China’s big leap forward was from nothing to the smartphone and that consumers, young and old, managed to skip the desktop and laptop stages of technology evolution and adoption. In consequence, this part of the retail world is perhaps more accepting of new technology and it therefore makes progress at a faster rate than elsewhere.

Digital POS covers a multitude of areas as far as retail is concerned, but most observers seem agreed that physical shops remain shops and digital is integrated into them as part of a process of evolution, not revolution. There will continue to be blind alleys as retailers trial new things and find that they don’t work for them. That said, consumer acceptance of smartphone technology means that retailers will have to follow suit and it is probably worth noting that most merchants continue to trail shoppers when it comes to improving things using technology that has been out there for a while. There is still much to play for. At EuroCIS 2019 in Düsseldorf the exhibitors will present the latest solutions for the Digital Point of Sales.

EuroCIS 2019 presents a wide range of innovative digital solutions and products especially for the Point of Sale. It will be open in Halls 9 and 10 of the Düsseldorf Exhibition Centre to trade visitors daily from Tuesday, 19 until Thursday, 21 February 2019, from 10.00 am to 6.00 pm. Day tickets are EUR 30 (EUR 20 online in advance), and two-day tickets are EUR 45 (EUR 35 online in advance). University students and trainees pay EUR 12.00. Each ticket includes free transport to and from Düsseldorf Exhibition Centre on local VRR buses, trams and trains.