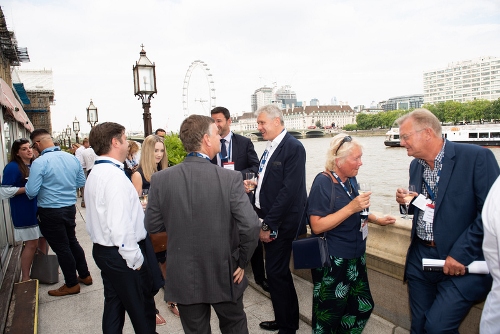 BPIF Members’ Day was held on the Wednesday 4 July. With a dynamic morning conference led by Maverick Planet’s Mark Palmer, a concise AGM and networking on the terrace at the House of Lords for the APPPG, BPIF Members’ Day was jam packed full of inspiration, information and positive interactions.

The morning began with a conference hosted by Mark whose main job is facilitating business and strategy change around the globe. He spoke to attendees of how to make successful change happen. Explaining the big secret is that change isn’t the issue, the issue is the inertia and how you remove it.

In the afternoon President Darren Coxon and Chief Executive Charles Jarrold took members through a review of the BPIF’s key achievements over the past year. Coxon commented, “Myself and the Non–Executive Directors have worked hard with the BPIF senior team to establish a clear strategy. Positive change and progress has been made throughout the last year, and I am delighted to be embarking on a second year as President.”

The final event of the day was the All-Party Parliamentary Print Group Reception on the terrace at the House of Lords, hosted by Baroness Donaghy who highlighted the economic importance of print. MP Kevin Hollinrake also explained how ‘government responds to a common voice’ further reason for print to unite as one when speaking with parliament and why groups such as the APPPG are so beneficial for the industry.

Charles Jarrold stated, “It was wonderful to see so many members, Lords, Lady’s and MPs enjoying a drink together on the terrace at the House of Lords. The APPPG provides a unique opportunity for us to bring together those in the industry with government to ensure that we can forge a better dialogue. I would like to congratulate Robert, Agata, Sophia, Alice and Billy all very deserving award winners”